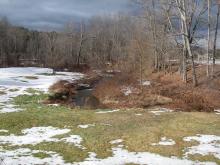 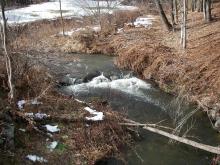 The South River just before it flows under Route 116 in Ashfield. 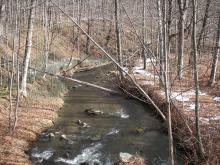 South River, downstream of route 116, southeast of Ashfield Center. Note the small forested floodplain on the right, and the horsetail (Equisetum) stand on the left bank.

Show All Tours
Show All Stops